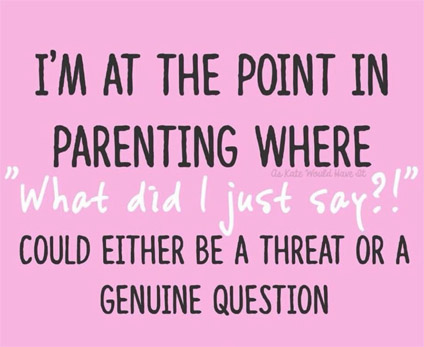 It has been an interesting summer with our almost 8 year old going on teen … he has really begun to exert his independence, voice his opinions, defy the rules (or at least attempt to), and push all boundaries. His negotiations are impressive, if not frustrating, and the tempers – though not tantrums – are tiresome. He wants what he wants, when he wants it, with no exceptions – and – he knows how to argue it! Dancing around these arguments and making my points against his own is a battle of wits and will. It’s a whole new level of contention and a whole new realm of parenting that I find myself in. I am exhausted!!

I do not mean to paint a bleak picture of our child. He is not a selfish, self-centred, mean-spirited little boy. On the contrary, he is bright, excitable, curious, funny, sweet, thoughtful, and wise. But he has reached a turning point in his development that can be challenging to any parent. When we say ‘no’ to something or the idea of something he puts up a solid argument. What I mean is, he isn’t yelling but pleading his case. He knows what he wants and he logically argues the points. It leaves both my husband and I momentarily stunned. How did our little boy formulate his thoughts, organize his points, and then present it to us with such assertiveness, ease, and clarity. Who is this little lawyer we are raising?!

His ability to reason is keeping us on our toes, and we realize that just saying ‘no’ isn’t going to end the conversation. We have to carefully craft our answers, argue our points, and convince the judge (a.k.a our child) why ‘no’ is the appropriate answer. And often, our answers can seem feeble compared to his arguments.

Child (on a weeknight): I’m going to stay up late and watch this movie, okay mom. I really want to see it.

Child: But it’s summer. I don’t have to get up early for school, so I can just sleep in.

Me: Yes … but then you will oversleep, and won’t go to bed on time tomorrow night.

Child: But mom, it’s summer. Why do I need to go to bed early?

Me: So you can get up early and we can do things together before I go to work in the afternoon.

Child: We can still do things mom. You get up early and have your shower while I sleep. Then when you’re done you can wake me up, we’ll have breakfast, and then we’ll do stuff.

What I also find I am doing a lot of is actively listening to my not-so-little one’s constant chatter, retellings, observations, and ideas. It is endless from the moment he wakes until the moment I shut his light off for sleep. I listen as he shares all his ideas for movies he has yet to make, and the comics he has yet to draw. I listen to his opinions, theories, and viewpoints as he shows me endless clips of YouTube videos; scenes from movies that he finds funny, fascinating, or delightful; and pages from his graphic novels that are comical and clever. He talks and talks and talks and I listen, look, and respond, as I divide my attention between him and adulting, all the while my head is spinning from the constant chatter and demands for attention. But I don’t want to silence his beautiful voice. I don’t want to brush him aside. He is learning to communicate in relatable ways. He is finding his voice, establishing his interests, engaging in newness, and searching for different ways to connect and bond. So I listen. I listen to the point of dizzying fatigue. 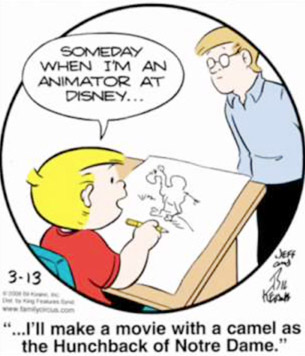 Finding ways to channel his energy and turn his ideas from concept to concrete has been my husband’s and my mission these past 6 weeks. We are slowly succeeding, but it takes time and effort. We downloaded software and purchased an IPEVO camera so he can make the stop motion movies that he has envisioned and talked so much about. Movies he is excited to create. I designed a comic book template so he can begin drafting his comic book stories. My husband even set up a YouTube page for him, so that he can post the video games that he commentates [whilst playing] and upload them. He wants to be recognized as a gamer [on YouTube] – TheAmazingLM – and gain viewership and subscribers. He has a lot of ideas and tons of ambition for a soon-to-be 8 year old, and we work hard to support his creative endeavours. We do what we can to help make them achievable.

And so, as I watch my son grow from a primary into a junior, I am awed at the similarities we share – the exuberance, ideas, imagination, and creativity – it is all very me when I was that age. An unbridled youth so full of ideas – so much so – the brain won’t shut off for sleep. A youth so sensitive, willful, and eager. It’s fascinating to see – to see so much of myself in him. My son. But he is much wiser than I was at that age. He is astute – a very clever boy. Parenting him is an artful challenge that keeps me on my toes! The subtleties of his emotions require mindful attention, as does the correction of his self-criticism. All normal developments for his age, but bewildering as a parent to, well, parent. He is making waves, testing the waters, pushing the boundaries and all the while I must remain patient, calm, attentive, and mindful not to underestimate his intelligence or belittle his feelings.

It is a dance amongst the waves. And my son … he loves making waves!